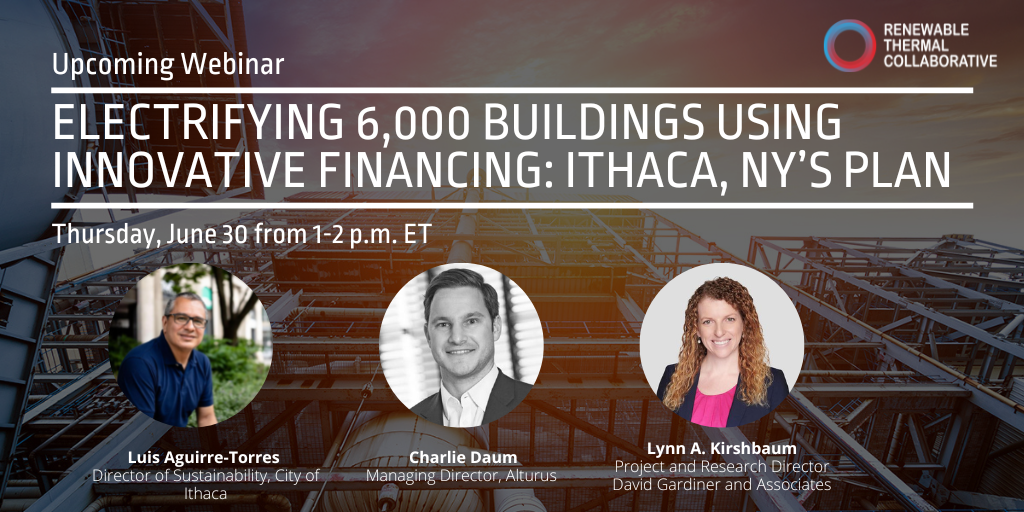 The City of Ithaca, NY has announced an ambitious plan to electrify 6,000 existing residential and
commercial buildings by 2030. Part of the City’s Green New Deal, Ithaca is partnering with two unique
firms – RTC sponsor Alturus and BlocPower – to fund the entire effort.

Join Luis Aguirre-Torres, Director of Sustainability for the City of Ithaca, and Charlie Daum, Managing
Director, Alturus, to learn how they’ve structured a replicable model to deploy energy efficiency,
generation and other projects across a large portfolio of aging commercial buildings, while quickly
accessing significant capital that will support rapid engagement and deployment.

Where: This will be a zoom event.